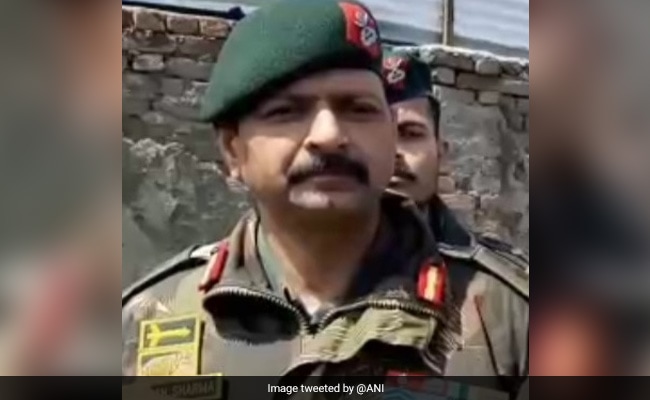 Colonel Ashutosh Sharma, who was killed throughout an anti-terror operation in north Kashmir, was cremated with full army honours in Jaipur on Tuesday morning.

His spouse Pallavi Sharma and brother lit the funeral pyre at a cremation floor within the presence of different relations and Military officers.

They consoled Colonel Sharma’s relations as Pallavi put up a courageous face and greeted them with folded fingers.

A unit of the South Western Command gave a guard of honour to Colonel Sharma and three volley gun pictures have been fired. Colonel Sharma was among the many 5 safety personnel killed within the encounter on Sunday. He’s the second Commanding Officer of the 21 Rashtriya Rifles who misplaced his life in combating terrorism.